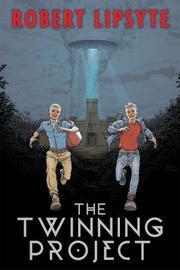 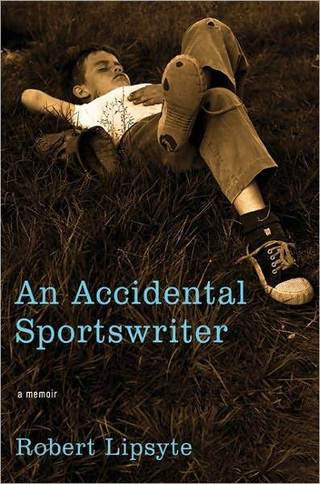 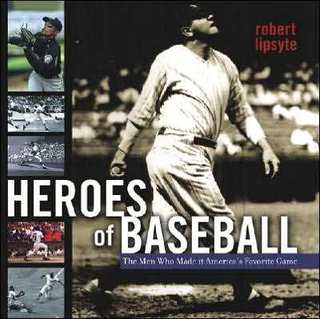 NEW AGAIN! MY 1975 SCREED RE-ISSUED WITH A NEW INTRODUCTION!

"Bob Lipsyte's underappreciated masterpiece. Ahead of its time in every way. Nothing less than the most important sports book ever written." --Dave Zirin

"Robert Lipsyte is our best guide to the dramatic, wondrous, and ultimately all-absorbing culture of American sports. Brilliantly written and sharply articulated, this classic text is an insightful and important journey into the heart of American sports and by extension, American society." --Gay Talese

"Robert Lipsyte is one of the most significant sports journalists of my lifetime. SportsWorld features the insight, prescience, social conscience, and willingness to break from the pack that set Lipsyte apart." --Bob Costas

"It is in that other thing, the simple and wonderful act of playing, that Lipsyte, despite his withering analysis of the country's sports obsession, finds hope: 'Yet for all the cynicism and oppression and betrayal, the rhythms of sport, the sensations, and the emotions, are often the most intense and pleasurable ever experienced.'" --The New Yorker [an excerpt from Ian Crouch's "What We're Reading" column from earlier this year, the complete version of which is here: https://www.newyorker.com/culture/likes/what-were-reading-this-week-sportsworld-paradise-of-the-blind]

"Mr. Lipsyte is a brilliant writer. He can turn a phrase as effortlessly as Earl the Pearl spinning, faking left, then right, to sink a fallaway jumper. He is as erudite in his references . . . as Bill Bradley. He is a phrase maker and a wit." --Anatole Broyard, The New York Times

Tough and witty, SportsWorld is a well-known commentator's overview of the most significant form of mass culture in America—sports. It's a sweaty Oz that has grown in a century from a crucible for character to a complex of capitalism, a place where young people can find both self-fulfillment and cruel exploitation, where families can huddle in a sanctuary of entertainment and be force fed values and where cities and countries can be pillaged by greedy team owners and their paid-for politicians. But this book is not just a screed; it's a guided visit with such heroes of sports as Muhammad Ali, Billie Jean King, Kareem Abdul-Jabbar, and Joe Namath, who the author knew well, and with some he met in passing, such as Richard Nixon, who seemed never to have gotten over missing the cut in college varsity football, a major mark of manhood. We see how SportsWorld sensibilities help elect our politicians, judge our children, fight our wars, and oppress our minorities. And now featuring a new introduction by the author, SportsWorld is a book that will provide the foundation for understanding today's world of sports and the time of Trump.

In the America of 2017—where the Super Bowl is worth billions, athletes are penalized or forced out of sports for political and anti-racist activism, and Title IX is constantly questioned and undermined—Robert Lipsyte's 1975 critique remains startlingly and intensely relevant.

ROBERT LIPSYTE is an award-winning sportswriter, a former sports and city columnist for the New York Times and ombudsman of ESPN. He was the Emmy-winning host of the nightly public affairs show The Eleventh Hour, is the author of 12 novels for young adults, and is the recipient of the Margaret A. Edwards Award honoring his lifetime contribution in that genre. His other nonfiction books include: and An Accidental Sportswriter and In the Country of Illness: Comfort and Advice for the Journey. He lives on Shelter Island, New York. For much more: http://www.robertlipsyte.com

To listen to a conversation between the author and Studs Terkel, about SportsWorld:

To purchase copies of SportsWorld from a variety of booksellers:

Kirkus- A multi-world adventure starring a band of heroes that readers will want to join.

Publishers Weekly - Lipsyte (Center Field) departs from his usual sports themes, bringing a strong sense of character (if not plot) to science fiction in this tale of aliens, parallel worlds, and conspiracy theories.

"An Accidental Sportswriter: A Memoir" (HarperCollins), by Robert Lipsyte: In more than 50 years covering sports, the longtime New York Times columnist Robert Lipsyte prided himself on being a sportswriter who wasn't a fan.

A fat, brainy kid who got beat up in grammar school, Lipsyte majored in English at Columbia University and wanted to be a novelist. "Truth was in the sweep of fiction, I thought, not in a string of little facts," he writes.

But after college, he lucked into a summer job as a copyboy in the Times sports department and fell in love with daily journalism as it was practiced at the Times.

There, with Gay Talese as his mentor, he developed a singular voice that, by temperament and life experience, invariably sided with the underdog. Alert to the social and political changes convulsing the era, he befriended Dick Gregory, eventually collaborating with him on his autobiography. Gregory's scabrous humor about the corrosive affect of racism left a lasting mark.

When Lipsyte was rewarded with a column after 10 years of chasing daily news, including his biggest story, Muhammad Ali, he gravitated to stories with a sharp racial or political edge: lacrosse on an Indian reservation, gay athletes coming out.

"I could enjoy the Kentucky Derby ... as a great horse race, a splendid party and a vignette of Americana only the first couple of times I covered it before issues of class, race and equine exploitation became impossible to ignore," he writes.

Even though he interviewed the greatest sports stars of his era — Ali, Mickey Mantle, Billie Jean King, Lance Armstrong — he never wanted to "god up" the players.

He perceived a bigger story beyond the game scores — something he dubbed Jock Culture, which he saw as a defining aspect of American society. That might sound like a good thing because aren't professional athletes known for hard work and sacrifice? Yes, but people get old and bodies fail, and although athletes may be able to postpone the inevitable with performance-enhancing drugs, eventually they, too, will be used up and discarded.

Jock Culture glorifies the young, the strong and the beautiful, and Lipsyte, the would-be Chekhov, gets the tragic implications. That's why his columns, and this marvelous memoir, "An Accidental Sportswriter," are so affecting.

When readers would hector him about why his work was always so political, at first he put it off on his liberal parents. "Then I thought — now I always think — why isn't everyone else's work more political?"

Heaven is centerfield for Mike Semak, a high school junior whose life has been a straight path to a starting berth on the varsity. And then the path veers as a mysterious girl, an immigrant baseball phenom, and a ruthless coach jolt him into an intense reality.

Kyle Hildebrand, a grandson in a famous NASCAR family, isn't sure he wants his place on the hot seat. But first he has to find out if he is just a driver - or a racer like his older brother.

Matt Rydek, a high school football star on his way to a major college, had it all - a drug habit, a driven father, a vindictive girlfriend and, according to a Publishers Weekly starred review, "a soul-crushing choice...an awful and terrifying ring of truth."

"A thoroughly entertaining book that reveals stories I had never heard before - about baseball and our country. A sneaky way to teach history."
Jim Bouton, former Yankee pitcher and author of the best-seller "Ball Four."

Alfred Brooks is a high school dropout. His best friend is sinking into drug addiction. A street gang is after him. At Donatelli's Gym, he learns it's the effort, not the win, that makes the man.

“A novel filled with hardship and hope.”

Lipsyte proves again why he is master of the YA sports novel."
-School Library Journal (starred review)

Sonny Bear, Alfred, Henry and Martin meet again at Donatelli's Gym as Starkey appears, savior or stalker or both?

In the Country of Illness: Comfort and Advice for the Journey.

The opening passage, in which the author discovers his problem and makes his way from frequent, furtive self-examination to the doctors he refers to as Batman and Robin, reads like an urban ''M*A*S*H''
-Karen Stabiner in The New York Times